NVIDIA started Titan X Pascal sales 25 July 2016 at a recommended price of $1,199. This is Pascal architecture desktop card based on 16 nm manufacturing process and primarily aimed at gamers. 12 GB of GDDR5X memory clocked at 10 GHz are supplied, and together with 384 Bit memory interface this creates a bandwidth of 480.4 GB/s.

Compatibility-wise, this is dual-slot card attached via PCIe 3.0 x16 interface. Its manufacturer default version has a length of 267 mm. One 6-pin and one 8-pin connectors are required, and power consumption is at 250 Watt.

It provides good gaming and benchmark performance at 49.20 percent of a leader's which is AMD Radeon RX 6900 XT.

Parameters of memory installed on Titan X Pascal: its type, size, bus, clock and resulting bandwidth. Note that GPUs integrated into processors don't have dedicated memory and use a shared part of system RAM.

Types and number of video connectors present on Titan X Pascal. As a rule, this section is relevant only for desktop reference video cards, since for notebook ones the availability of certain video outputs depends on the laptop model.

Ice Storm Graphics is an obsolete benchmark, part of 3DMark suite. Ice Storm was used to measure entry level laptops and Windows-based tablets performance. It utilizes DirectX 11 feature level 9 to display a battle between two space fleets near a frozen planet in 1280x720 resolution. Discontinued in January 2020, it is now superseded by 3DMark Night Raid.

This part of SPECviewperf 12 benchmark emulates work with 3DS Max, executing eleven tests in various use scenarios, including architectural modeling and animation for computer games.

This video card matches 100% minimum and 98% recommended requirements of all games known to us.

The nearest Titan X Pascal's AMD equivalent is Radeon RX Vega 56, which is faster by 5% and higher by 4 positions in our rating.

Here are some closest AMD rivals to Titan X Pascal: 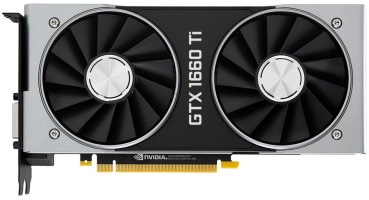 Here you can ask a question about Titan X Pascal, agree or disagree with our judgements, or report an error or mismatch.