AMD started AMD Ryzen 3 3300U sales 6 January 2019. This is Picasso architecture notebook processor primarily aimed at office systems. It has 4 cores and 4 threads, and is based on 12 nm manufacturing technology, with a maximum frequency of 3500 MHz and a locked multiplier.

Compatibility-wise, this is AMD Socket FP5 processor with a TDP of 15 Watt. It supports DDR4 Dual-channel memory.

It provides poor benchmark performance at 6.68 percent of a leader's which is AMD EPYC 7763.

Information on Ryzen 3 3300U compatibility with other computer components and devices: motherboard (look for socket type), power supply unit (look for power consumption) etc. Useful when planning a future computer configuration or upgrading an existing one.

Technological capabilities and additional instructions supported by Ryzen 3 3300U. You'll probably need this information if you require some particular technology.

General parameters of GPU integrated into Ryzen 3 3300U.

Single-core and multi-core benchmark results of Ryzen 3 3300U. Overall benchmark performance is measured in points in 0-100 range, higher is better.

x264 benchmark uses MPEG 4 x264 compression method to encode a sample Full HD (1080p) video. Pass 1 is a faster variant that produces a constant bit rate output file. Its result is measured in frames per second, which means how many frames of source video file were encoded per second.

Let's see how good Ryzen 3 3300U is for a gaming PC, compared with system requirements of some popular titles. Remember that sometimes official hardware requirements may reflect real performance inaccurately.

We believe that the nearest equivalent to Ryzen 3 3300U from Intel is Core i7-4800MQ, which is faster by 1% and higher by 4 positions in our rating. 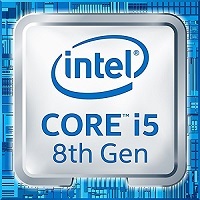 Here you can ask a question about Ryzen 3 3300U, agree or disagree with our judgements, or report an error or mismatch.