General performance parameters such as number of shaders, GPU core base clock and boost clock speeds, manufacturing process, texturing and calculation speed. These parameters indirectly speak of performance, but for precise assessment you have to consider their benchmark and gaming test results. Note that power consumption of some graphics cards can well exceed their nominal TDP, especially when overclocked.

Parameters of memory installed: its type, size, bus, clock and resulting bandwidth. Note that GPUs integrated into processors have no dedicated VRAM and use a shared part of system RAM.

Types and number of video connectors present on the reviewed GPUs. As a rule, data in this section is precise only for desktop reference ones (so-called Founders Edition for NVIDIA chips). OEM manufacturers may change the number and type of output ports, while for notebook cards availability of certain video outputs ports depends on the laptop model rather than on the card itself.

APIs supported, including particular versions of those APIs.

It seems that there's no NVIDIA equivalent for Radeon R9 M395 Mac Edition. The nearest candidate is GeForce GTX 1650, however, it's 0% faster and higher by 0 positions in our rating. 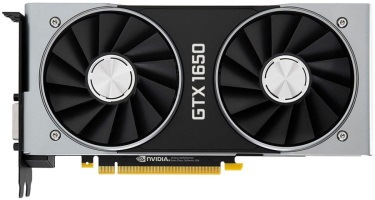 It seems that there's no AMD equivalent for GeForce RTX 3080 Mobile. The nearest candidate is Radeon RX 580 Mobile, however, it's 54% slower and lower by 111 positions in our rating.

Here are some closest AMD rivals to GeForce RTX 3080 Mobile:

We are unaware of any advantages of AMD Radeon R9 M395 Mac Edition over NVIDIA GeForce RTX 3080 Mobile.

Lower power consumption (115W vs 250W), meaning that the rival with higher TDP might require a better cooler or other thermal solution.

So, which one is the better GPU?

Be aware that Radeon R9 M395 Mac Edition is a desktop card while GeForce RTX 3080 Mobile is a notebook one.

Should you still have questions concerning choice between the reviewed GPUs, ask them in Comments section, and we shall answer.

Do you think we are right or mistaken in our choice? Vote by clicking "Like" button near your favorite graphics card.

We selected several comparisons of video cards with performance more or less close to those reviewed, providing you with more probable options to consider.

Here you can see the user rating of the graphics cards, as well as rate them yourself.

Here you can ask a question about this comparison, agree or disagree with our judgements, or report an error or mismatch.